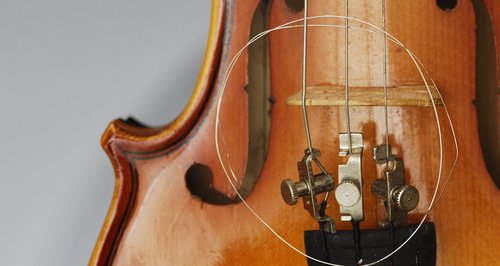 Fortunately for aspiring violinists, Cole recorded the incident and has most definitely learned his lesson - always carry at least two spare strings.

As he explains fully in this sweat-inducing blog-post, Cole was performing ‘Zigeunerweisen’, a notoriously acrobatic show-stopper of a piece, when his newly-replaced E-string decided to snap. Oh, and it was all live on US radio.

The worst part about it is that there are multiple worst parts. No spare string, no generous violinist waiting in the wings to provide a spare, and the audience’s nervous reaction. And the majestic attempt by the radio host to keep things rolling...

Cole notes, “After what felt like five minutes but was really just fifteen seconds, I saw that I was out of options. Short of digging up Paganini (or maybe Roman Kim) and having him play the end of the piece on three strings, I had to call it. My goose was cooked.”

“I managed something between a bow and a curtsy, which brought the audience to its feet, in order to leave. There was applause, though I assume most of it was for my intrepid pianist.”

Cole is an influential teacher, available for online lessons and much more - check him out here.