Music ran in her family, and this video proves it. The Princess of Wales' maternal grandmother, Baroness Fermoy, was a talented pianist who studied with the legendary virtuoso Alfred Cortot at the Paris Conservatoire in the 1920s.

Diana herself was an accomplished pianist. During her school years she developed her talent in music and dancing.

Yes, Princess Diana really danced to Uptown Girl as seen in The Crown >

In 1981, when she was aged 20, she was to married HRH The Prince of Wales and began a new life in the global spotlight. Though there were few public occasions when she indulged her musical talents, there is thankfully this charming footage.

During a 1988 royal tour to Australia, Charles and Diana were visiting a school. The Prince of Wales met an old friend who knew that he once learned the cello. The Prince played a few notes.

Moments later, Diana was persuaded to do the same on her instrument, the piano. After some persuasion, the princess walked over to the keys and played a passage from Rachmaninov’s fiendish and virtuosic Piano Concerto No. 2, to a room full of surprised listeners.

After her performance, the modest Diana hurriedly scurried off. The broadcaster at the time remarked, “She almost ran for cover, clearly embarrassed at her musical debut.”

Watch the grainy footage of the reluctant but utterly charming recital below.

Diana played the second subject of the final movement of Rachmaninov's concerto. Though she was without music (and maybe a touch rusty during her busy Aussie tour), you can hear in her phrasing and rubato a hint of the accomplished musican that she was.

The passage was no doubt a favourite of hers. It comes at a climactic point in the great concerto, where the orchestra slowly and gloriously swells in accompaniment to the soloist. You can hear it here in its concert context, 25 minutes in. 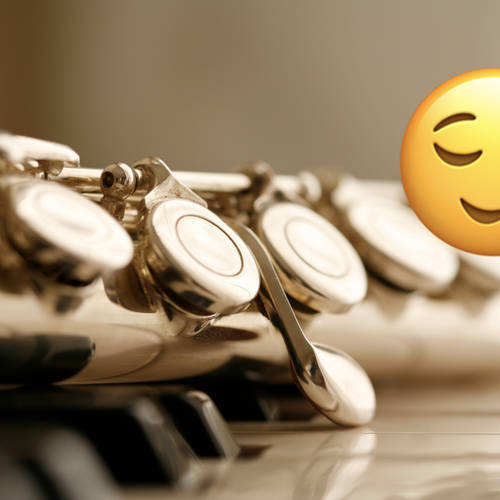 The 10 most relaxing pieces of flute music ever written