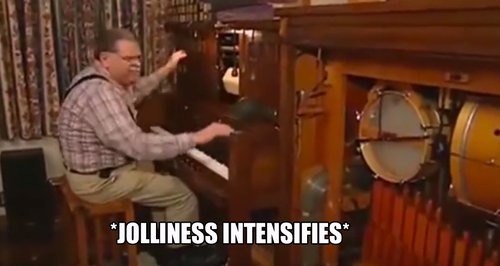 Just… just have a look at this:

The American Fotoplayer was (and still is) a bizarre sort of keyboard instrument that centred on its automatic piano roll and augmented by a dazzling assortment of horns, bells and whistles used for comedy sound effects.

Movie theatre owners would use them to provide soundtracks to silent films, with users required simply to set off the piano rolls and sound the accoutrements when necessary.

This particular instrument is played fantastically by Joe Rinaudo.