This composer writes out music as it's performed, and it's beautifully captivating 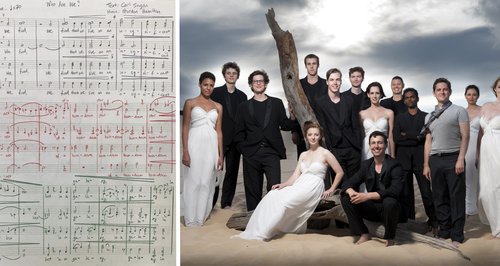 This is a clever trick from The Australian Voices: writing out the music as it's being sung.

However, there is actually a wealth of talent from our friends down under. Leading the way in performing this music is The Australian Voices, who have been commissioning, performing and recording the music of Australian composers since 1993.

To celebrate the release of their latest album, Reverie, they have released a beautifully captivating video of 'Who Are We', a piece which marvels at the enormity of the universe, where composer and artistic director of The Australian Voices Gordon Hamilton writes out the score while they sing:

The text for 'Who Are We' is by the great scientist, communicator and atheist, Carl Sagan:

'We find that we live on an insignificant planet of a humdrum star
lost in a galaxy in some forgotten corner
of a universe containing far more galaxies than people.’