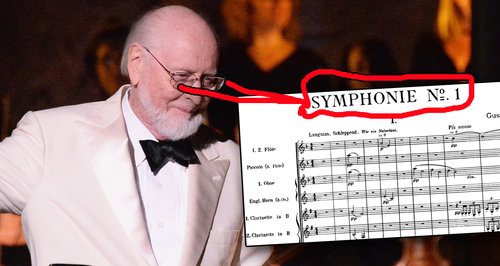 A keen-eared Redditor has pointed out the strong similarity between one excerpt from the new Star Wars soundtrack and Mahler’s Symphony No. 1.

NEWSFLASH: composer influenced by other composer! But seriously, this is pretty interesting.

A Redditor has pinpointed the moment in which John Williams’ score from Star Wars Episode VII: The Force Awakens suddenly turns into a Mahler symphony.

These are the excerpts you're looking for: