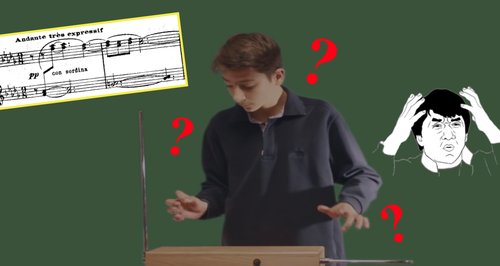 No, there aren’t tiny hidden strings. No, it’s not an optical illusion. No, he’s not just waving his hands aimlessly.

This unusual looking instrument (yes, it’s an instrument) is called a theremin and in this video the talented teenager Grégoire Blanc somehow manages to transform the eerie sound into a fascinating and futuristic performance of Claude Debussy’s Clair de Lune.

‘How on earth does it work?’ we hear you ask. The theremin is an early electronic instrument developed in the late 1920s which uses two metal antennas, oscillators, and the thereminist’s hands to control the frequency (pitch) and amplitude (volume) of notes, and these electronic signals are sent to a loudspeaker. You’re still following, right?

You may think this is all totally bonkers, however the sound of the theremin is a strangely popular one, featuring in many movie soundtracks and the popular TV drama Midsomer Murders.