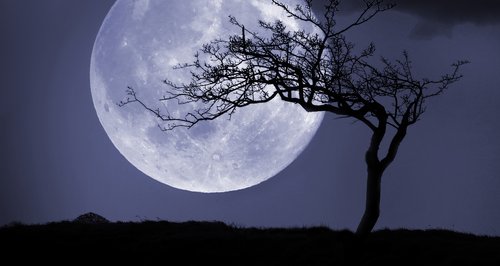 Composed between 1801 and 1802, this popular piece is one of Beethoven’s best known piano works.

Despite its nickname, in Beethoven’s mind this was never the ‘Moonlight’ Sonata. Instead, the rather pedestrian title of Piano Sonata No. 14 was what the composer seemed perfectly content with.

But when the German critic Ludwig Rellstab described the sonata’s famous opening movement as being akin to moonlight flickering across Lake Lucerne, he created a description that would go on to outlive the composer.

In many ways, Beethoven was a revolutionary. More than any other composer of his day, he was responsible for pushing convention and welcoming in the Romantic era of classical music.

This work is a prime example of his refusal to follow the status quo: the traditional fast–slow–fast pattern of how it was then perceived a sonata should sound.

Instead – and astonishingly for the time – he chose to open with a slow, hypnotic set of arpeggios (this is where the notes of a chord are broken up and played one after another, instead of all at the same time).

The storm and drama certainly comes, but not until the second movement, a section audiences of the time would have expected to be reflective and calm. Just one of the ways in which Beethoven was prepared to turn the predictable on its head and create whole new forms of music.

Today, the Moonlight (or the ‘sonata in the style of a fantasia’, as Beethoven preferred to subtitle it) stands as the composer’s most famous and most loved solo piano piece.