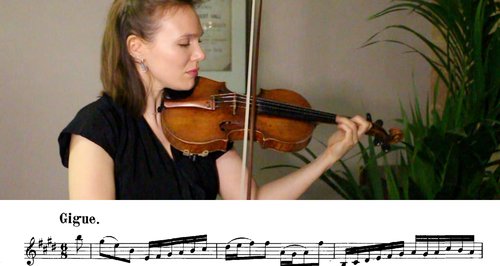 The brilliant violinist Tamsin Waley-Cohen is performing Vaughan Williams’ The Lark Ascending at tonight’s Classic FM Live but just before stepping out on stage she treated us to some stunning Bach, backstage

We caught up with her backstage where she played Bach’s Gigue from the Partita in E major for solo violin.