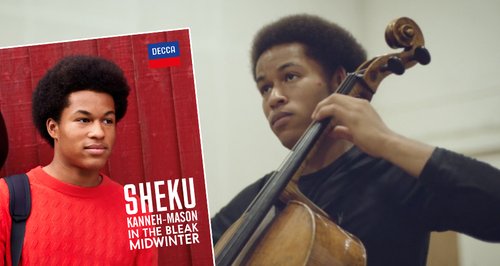 Sheku Kanneh-Mason has had an amazing year – he performed at the Royal Wedding in May, sold 100,000 copies of his debut album and his performance at the Royal Variety Performance will be broadcast on TV on 11 December.

And just in time for Christmas he's just released an enchanting version of the haunting carol 'In the Bleak Midwinter' – in the version by Gustav Holst. He performs with his pianist sister Isata and the music video was filmed at the iconic Abbey Road Studio.

Who is Sheku Kanneh-Mason's family? >

So pour yourself a glass of mulled something, pull up a mince pie and enjoy this beautiful performance:

And you can listen to or download the new single here.