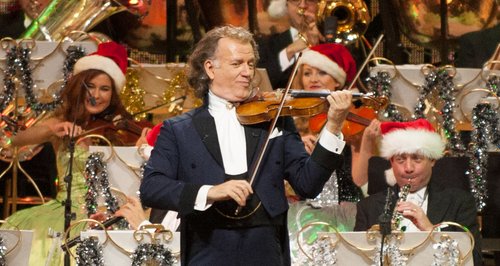 André Rieu has rescheduled the remaining dates of his UK tour after a member of his Johann Strauss Orchestra suffered a severe heart attack.

The unnamed musician, who has been with Rieu's orchestra for over 25 years, is now in a coma after suffering a major heart attack on Saturday. Rieu initially issued the following statement:

“It is with deep regret that I have decided to also postpone my concerts in London, Birmingham, Manchester and Glasgow. This should have been the most wonderful time of the year, and we were looking forward to bringing joy and happiness to all of you, our beloved audience.”

“But many of my orchestra members have been with me for more than 25 years. We are a family. We are deeply saddened by this tragic event and it is impossible for us to continue our tour as planned. Thank you all so much for your understanding in this difficult moment. Our hearts and thoughts are now with our colleague and his family.”

The reschduled dates have now been released, along with another statement from Rieu.

“My orchestra and I  have been overwhelmed by the support and love that we have received from all our friends and fans around the world. We would like to thank you all from the bottom of our heart for your understanding. It has been a terrible week for all of us and your warm words have given his wife, who is also a member of my orchestra, my colleagues and me so much strength.”

Ticketholders who are unable to attend the new dates are advised to contact their ticket provider for a refund.