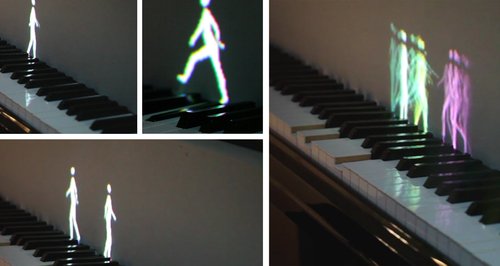 We would quite like one of these pianos, which feature little light-up stick men that appear to play notes by walking on them.

So this is most definitely the coolest piano we’ve seen in some time. It’s the doing of Tangible Media Group, who appear to specialise in quite pretty technological experiments.

For this one, entitled ‘Andante’, they’ve somehow managed to project walking figures (and, at one point, a small ostrich) on the face of a piano so they appear to be playing the notes as they tread on them.

Here’s the rather hypnotic whole thing: