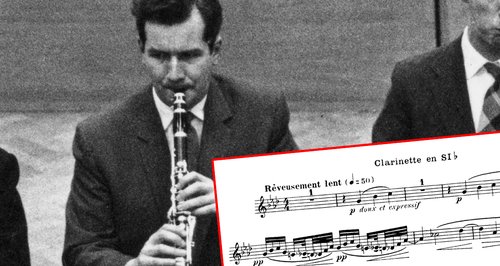 Clarinettist Gervase de Peyer has passed away at the age of 90, but he leaves behind an indelible impression on the clarinet world.

De Peyer was an icon among clarinettists, and served as principal clarinettist of the London Symphony Orchestra from 1956 to 1973. News of his passing came via his former orchestra:

Hearing the news that Gervase de Peyer has died today. LSO Principal Clarinet from 1956–73, he was much revered here and around the world.

For clarinettists everywhere, De Peyer will survive in his recordings, which showcased his incomparable tone on the instrument. Listen to his recording of Debusy’s Premiere Rhapsodie, with the New Philharmonia and conducted by no less than Pierre Boulez: