One music geek has found a contrapuntal answer to the US President's enigmatic tweet.

This week, social media was set ablaze by a hitherto-unknown word that made it into a tweet sent by US President Donald Trump....

The #covfefe tweet happened 3 hrs ago and there's already t-shirts, brand memes, and an entry in the urban dictionary. Got to love twitter pic.twitter.com/hTcsXkfUKU

While many around the world picked up their smart phones have submitted possible definitions for the new word, composer Peter Underhill instead put quill to manuscript and penned a baroque fugue. 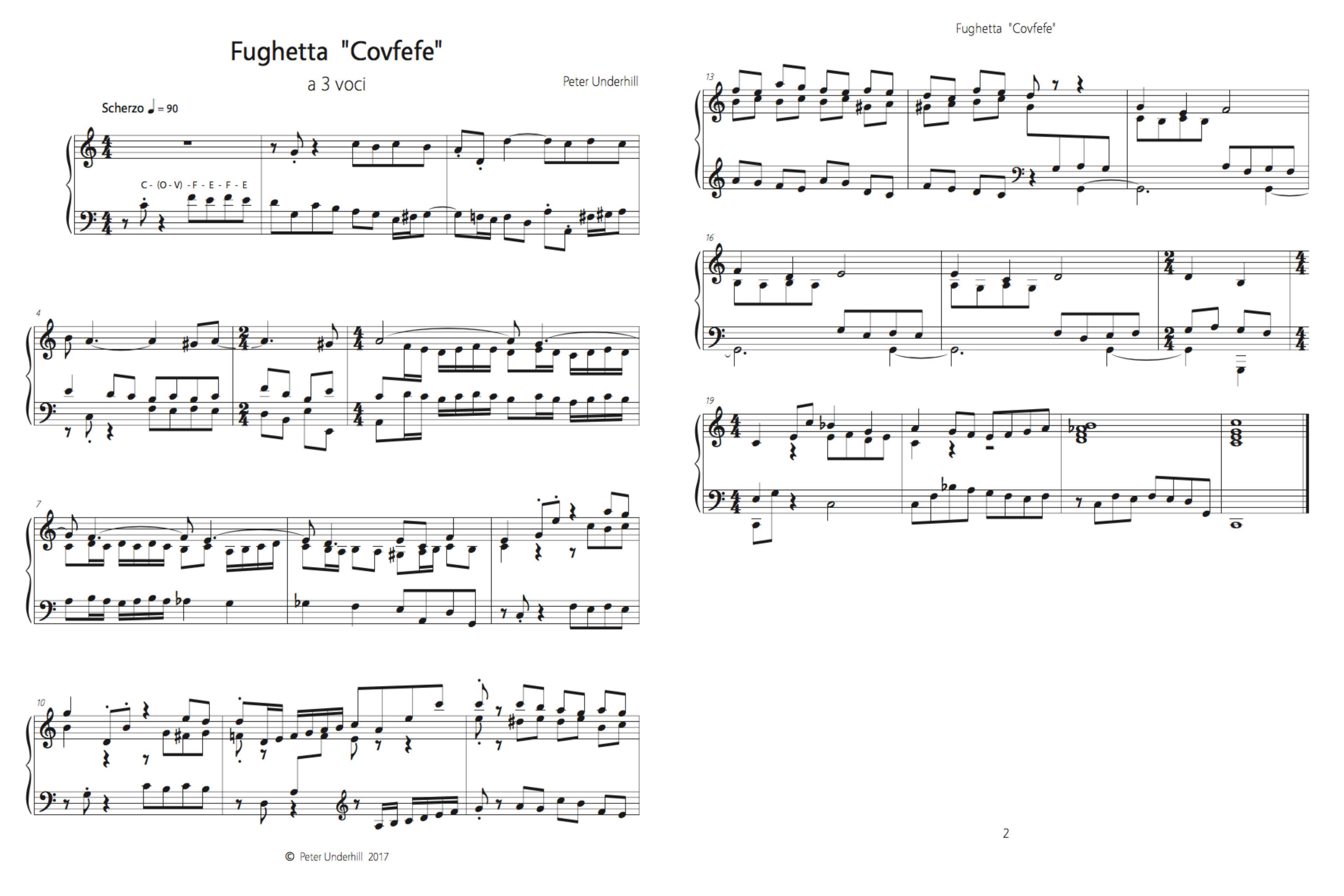 We, of course, wanted to hear this performed as soon as we could - so we jumped down to Guildhall School of Music in London and enlisted the help of postgraduate piano student and Michigan native Jason Gong.