Elgar’s Enigma Variations is one of the greatest pieces of the 19th century – and this is the true story about how it came about.

On 21 October 1898, Edward Elgar returned to his wife and their home in Malvern after a long day teaching (which he described as “like turning a grinding-stone with a dislocated shoulder”). His cantata Caractacus had just been premiered to great acclaim at the Leeds Festival, but he was feeling a little deflated on this particular evening.

He finished dinner, lit a cigar and sat down at the piano to doodle. Elgar later recalled what happened next.

“In a little while, soothed and feeling rested, I began to play, and suddenly my wife interrupted by saying: ‘Edward, that’s a good tune.’ I awoke from the dream. ‘Eh! Tune, what tune!’ And she said, ‘Play it again, I like that tune.’ I played and strummed, and played, then she exclaimed: ‘That’s the tune.’ The voice of [my wife] asked with a sound of approval, ‘What is that?’ I answered, ‘Nothing – but something might be made of it.’”

Were it not for Alice Elgar’s interruption, we might never have had one of the greatest of all English orchestral works. Elgar called the tune, which he had not recognised as anything worthwhile, “Enigma”, not in the sense of a riddle to be solved, but, he said, a “dark saying [that] must be left unguessed”, expressing the “nothingness” from which it came.

In fact, the theme, which dips between G minor and G major, is loosely derived from two figures in the slow movement of Mozart’s ‘Prague’ Symphony, which Elgar had recently heard in Leeds.

Simply for fun, Elgar began toying with the tune, adapting it to make musical caricatures of some of his friends. He’d try the different treatments on Alice, asking her to guess the subject, and within no time, the serious idea of a set of orchestral variations had taken shape.

Each section was headed by the initials of the friend portrayed, beginning with “C.A.E.” (Elgar’s wife, Caroline Alice) and closing with “E.D.U.” (Variation XIV), a self-portrait of the composer himself, the three letters short for Eduard, Alice’s pet name for her husband. 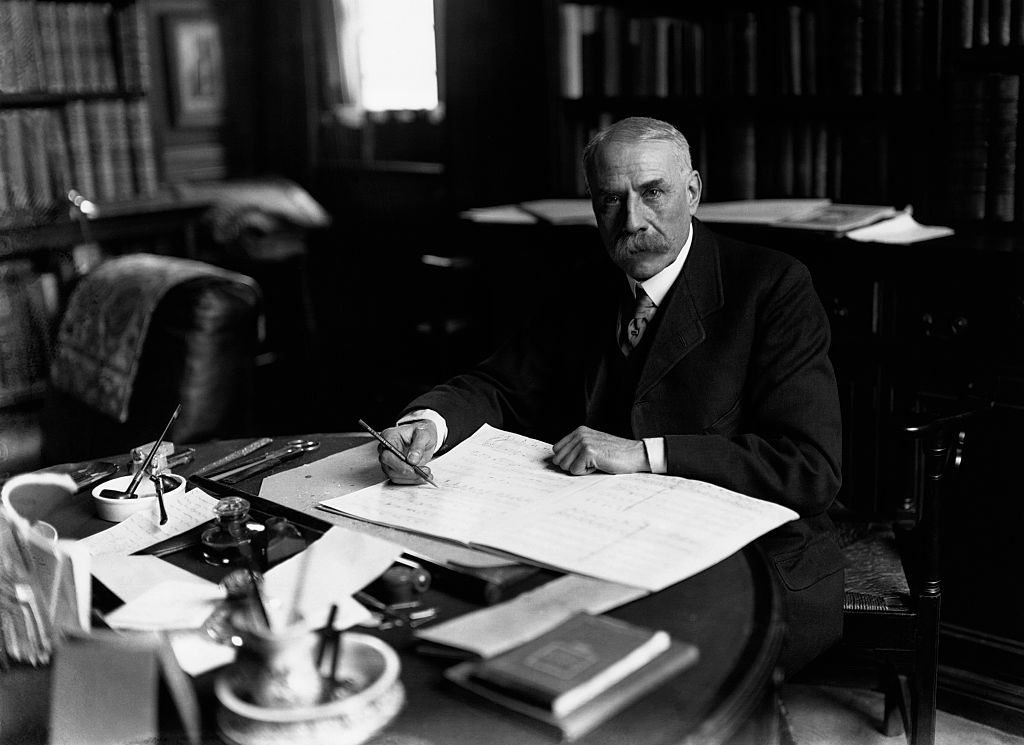 The Variations were scored between 5 and 19 February 1899, dedicated “...to my friends pictured within” and given the title ‘Variations on an original theme, Op.36’ – no mention of “Enigma”, though the word appears in pencil on Elgar’s autograph score.

The first performance, conducted in London by Hans Richter, took place on 19 June 1899 in a concert that concluded with Mozart’s ‘Prague’ Symphony. It was not until 13 September in Worcester, however, that the Variations were heard in their final form after Elgar had added a further 100 bars to the end of “E.D.U.” to make a more powerful conclusion.

Elgar was 42, and the work sealed his fame.

… But what about the Enigma?

Not content with writing a beautiful piece of music, Elgar also claimed to have hidden a musical mystery deep in the heart of his Enigma Variations.
Here's a note he left explaining the puzzle:

"The Enigma I will not explain – its 'dark saying' must be left unguessed, and I warn you that the connexion between the Variations and the Theme is often of the slightest texture; further, through and over the whole set another and larger theme 'goes', but is not played . . . . So the principal Theme never appears, even as in some late dramas – eg Maeterlinck's L'Intruse and Les sept Princesses – the chief character is never on the stage."

Historians and musicologists over the years have claimed to have solved the Enigma, but there's never been a conclusive answer. Perhaps someone reading this will solve Elgar's century-old puzzle…

10 of the best 20th-century composers

What are the lyrics to ‘Land of Hope and Glory’ and what do they mean?