Ever wondered what Beethoven’s Fifth would sound like in a major key? 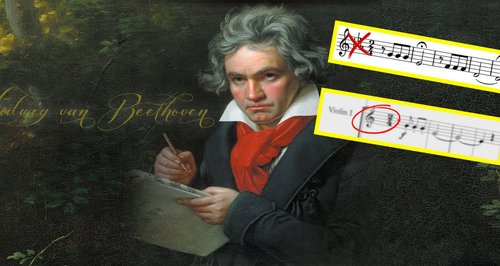 Someone has rewritten the most famous phrase in classical music, but happy!

When you’re sitting in work or school, a little bit bored, does your mind starts to wander to unusual and unanswerable things? You know, how many sheep are there in New Zealand, will cars ever fly, or what would Beethoven’s Symphony No. 5 sound like in a major key? That kind of thing.

Sadly we can’t answer the first two, but someone with a lot of time on their hands has come up with an answer for the third.

YouTuber mead1995 has created a video with an interactive score of the first movement of Beethoven’s Symphony No. 5 in C minor, but in C Major.

What do you think of this version of Beethoven’s masterpiece? Let us know in the comments below.