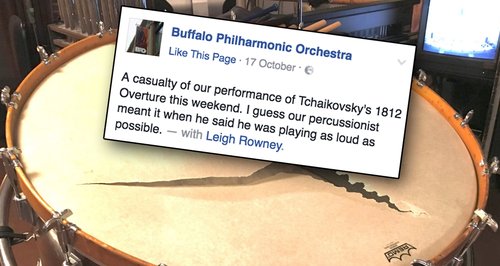 When the Buffalo Philharmonic’s drummer was called upon to play his bass drum as loud as he could, there was only ever going to be one outcome…

This is what happened to his drum during the BPO’s concert from a couple of weeks ago: 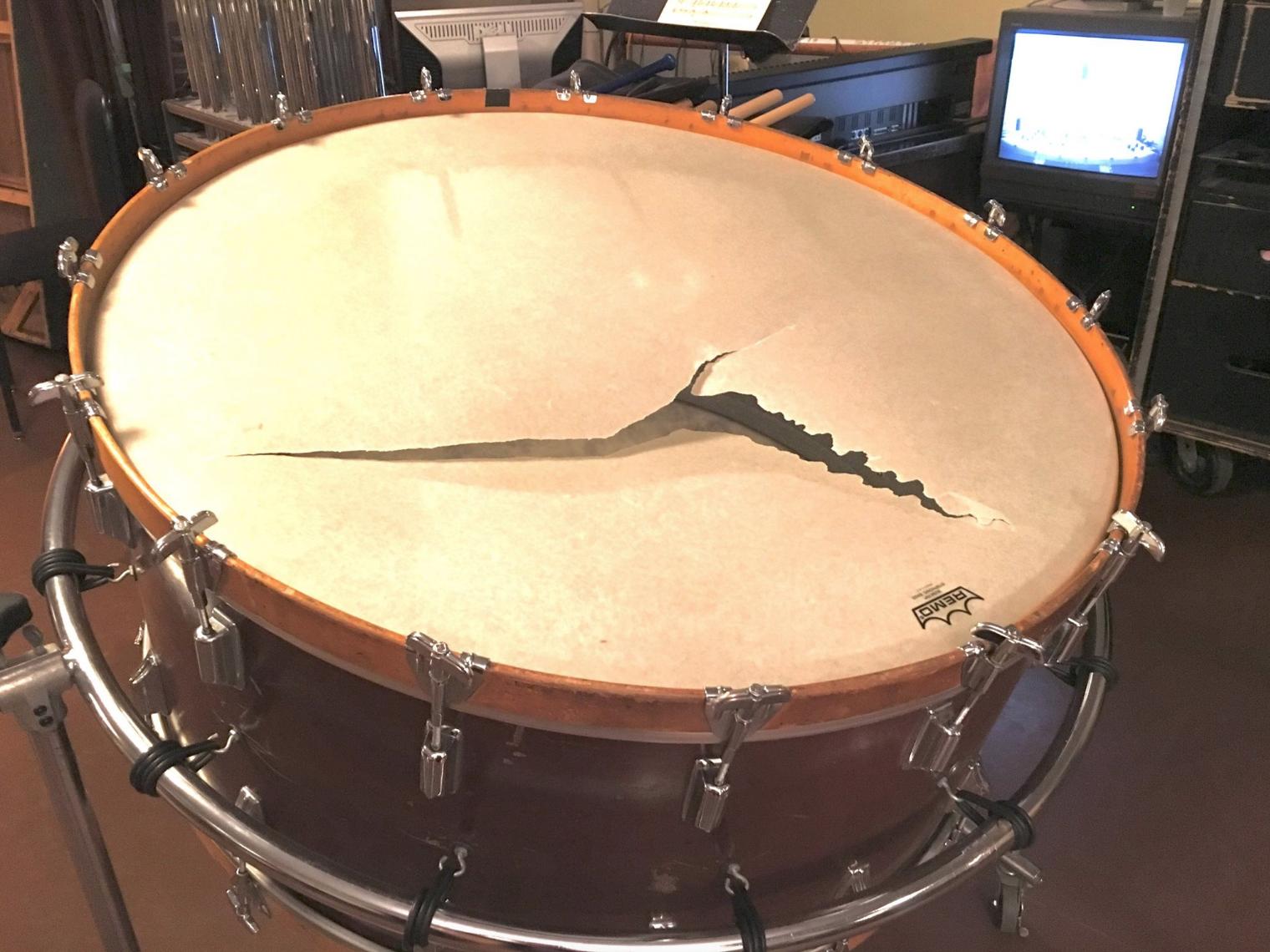