Bach’s Cello Suites: where to start 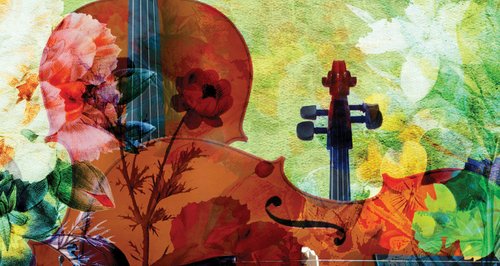 Bach’s instrumental output encompasses a wide spectrum, but none so intimate as his suites for solo cello. Watch and listen to six great cellists playing highlights of these amazing pieces.

When you know you need to practice, but all you want to do is sleep. #nap #naptime #friday #music #musicians #cello #violin #viola #strings #prelude #bach #instamusic #stringmusicians #classical #baroque #classicalmusic

Since Bach composed his Suites for Unaccompanied Cello between 1717–1723, they’ve been transcribed for more than 19 different instruments, including the tuba and ukulele. It’s testament to the music’s diversity and intrigue that so many instrumentalists, not just cellists, want to sample Bach’s genius for themselves.

But what if you don’t play the cello, or just want to know what to listen out for? Let Classic FM guide you through some of Bach’s most diverse works, with the help of performances from six great cellists.

The solo nature of the suites practically begs anyone who plays them to come up with their own interpretation of the music. Mstislav Rostropovich’s personal take on the Suite No. 1 in G that of a harmonic journey – his playing is fast-paced and he lets the music do the talking. The G major suite is the best-known of the six: Rostropovich’s version of the ‘Prelude’ has had more than 8million views on YouTube, and it’s frequently heard on TV and in films. For a musical pick-me-up, listen to the cheery ‘Gigue’.

The second suite is a change in character from the positive G major Suite No. 1. Mischa Maisky’s interpretation of the ‘Prelude’ is almost conversational, as the tune ebbs and flows from the highest notes to some of the deepest and darkest in the cello’s range. Like all the suites, this is based on six dances, but it’s easy to forget this fact when listening to the brooding ‘Sarabande’. Bach uses low chords so the cello can accompany itself. It’s heartbreakingly beautiful.

Back to a major key, Bach’s Suite No. 3 in C is folky and relaxed – Paul Tortelier’s performance shows off its friendly character. The cello’s lowest note, the bottom C string, is often played to make up a meaty C major chord, showing off the full range of the instrument. From the cheeky ‘Courante’ to the two wonderfully contrasting ‘Bourée’ movements, this suite truly shows off the emotional depths available on a cello.

Suite No. 4 in E flat major

It’s one of the most difficult suites to play, but it’s also the most touching. Yo Yo Ma’s first recording won him a Grammy Award in 1985, and it’s easy to see why when listening to his haunting rendition of the ‘Prelude’. He even recorded the whole set of six suites again in a film, ‘Inspired by Bach’, in 1997. Bach turns the idea of a ‘Sarabande’ dance on its head in the peaceful second movement, altering the rhythms so the beats are stressed in what sounds like the wrong place.

This suite was originally written for a cello with its strings tuned down a tone, to extend the possibilities of the instrument even further. Its most famous movement is the haunting ‘Sarabande’, which was played at the World Trade Center on the anniversary of the 11 September terrorist attacks. It’s one of only four movements in all six suites which doesn’t contain any chords, giving it a pared down feel. Pablo Casals’ recording from 1936-1939 shows the mournful character of the music.

The last of the six suites may well have been composed for a smaller version of the cello with five strings rather than four, called a violoncello piccolo. The tune is higher than the other suites, giving the music a different feel from the heavier minor suites which come before it. Stephen Isserlis’ recording of the ‘Gigue’ is a great mix of mischief and virtuosity in equal measure – listening to the number of chords in the music, it’s almost hard to believe there’s only one instrument playing.