This image appears in the gallery:
Joshua Bell: 16 facts about the great violinist 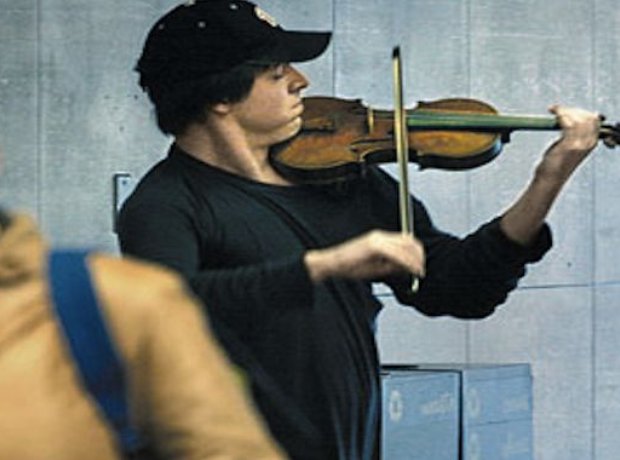 In an experiment conducted by 'The Washington Post', Bell performed as an incognito busker at a metro station in Washington D.C. on 12 January 2007. Of the more than 1000 people who passed by, only seven stopped to listen, and only one recognised him. He collected just $32.17 from 27 people (excluding $20 from the woman who recognised him).

‘Right before I go on stage is not my favourite moment’: Joshua Bell opens up about pre-performance anxiety

The time when Joshua Bell went busking in the subway, but no-one cared