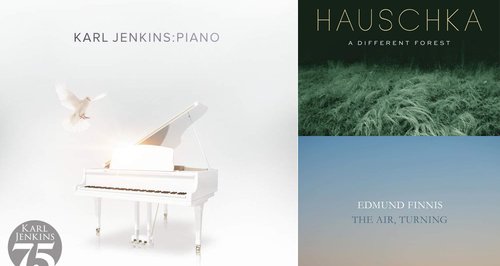 In his 75th birthday week, Sir Karl Jenkins' new album 'Piano' enters the chart at No. 8.

Andrea Bocelli stays at No. 1 for yet another week alongside other favourites André Rieu, Aled Jones & Russell Watson and Katherine Jenkins.

Sir Karl Jenkins' new album Piano enters at No.8. It's accompanied by three other new entries on the chart – Liszt: Sardanapalo & Mazeppa by Staatskapelle Weimar under conductor Kirill Karabits' direction at No. 24, A Different Forest by Hauschka at No. 28 and The Air, Turning by composer Edmund Finnis at No. 29.

2Cellos have re-entered the chart at No. 26 with their album Score.