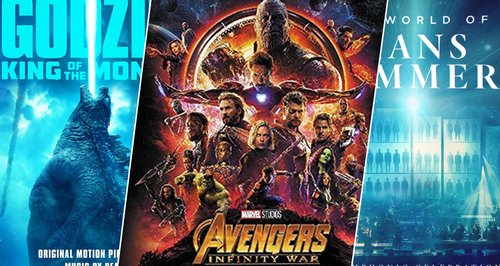 With ‘Godzilla: King of the Monsters’ being the only new chart entry this week, ‘Game of Thrones’ stays on top.

This chart’s frontrunners remain relatively unchanged. Ramin Djawadi’s soundtrack for Game of Thrones Season 8 holds fast at No. 1, 100 Hits – The Best Classical Album is at No. 2, and Einaudi's Islands sits at No. 3.

Only one new entry has made it on to the chart: Bear McCreary's score to the newly-released film Godzilla: King of the Monsters. It enters at No. 19, behind other film entries The Little Mermaid (No. 9), Avengers: Endgame (No. 13) and The Lord of the Rings (No. 16).

Two other film score albums, Avengers: Infinity War and The World of Hans Zimmer, re-enter the chart at Nos. 27 and 28 respectively.