Music geek claims to have discovered a new scale 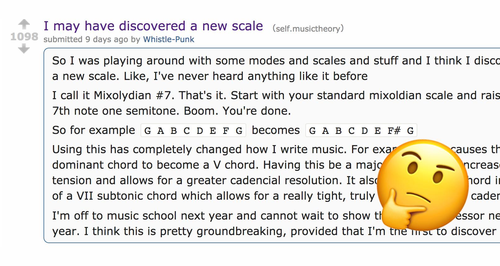 Big news for music theory enthusiasts - the Mixolydian #7 scale will change your harmonic understanding for good.

Redditor Whistle-Punk calls it a 'Mixolydian #7' scale, and the story of its discovery will confuse and shock musicologists everywhere.

We'll leave it to Whistle-Punk to talk you through it: 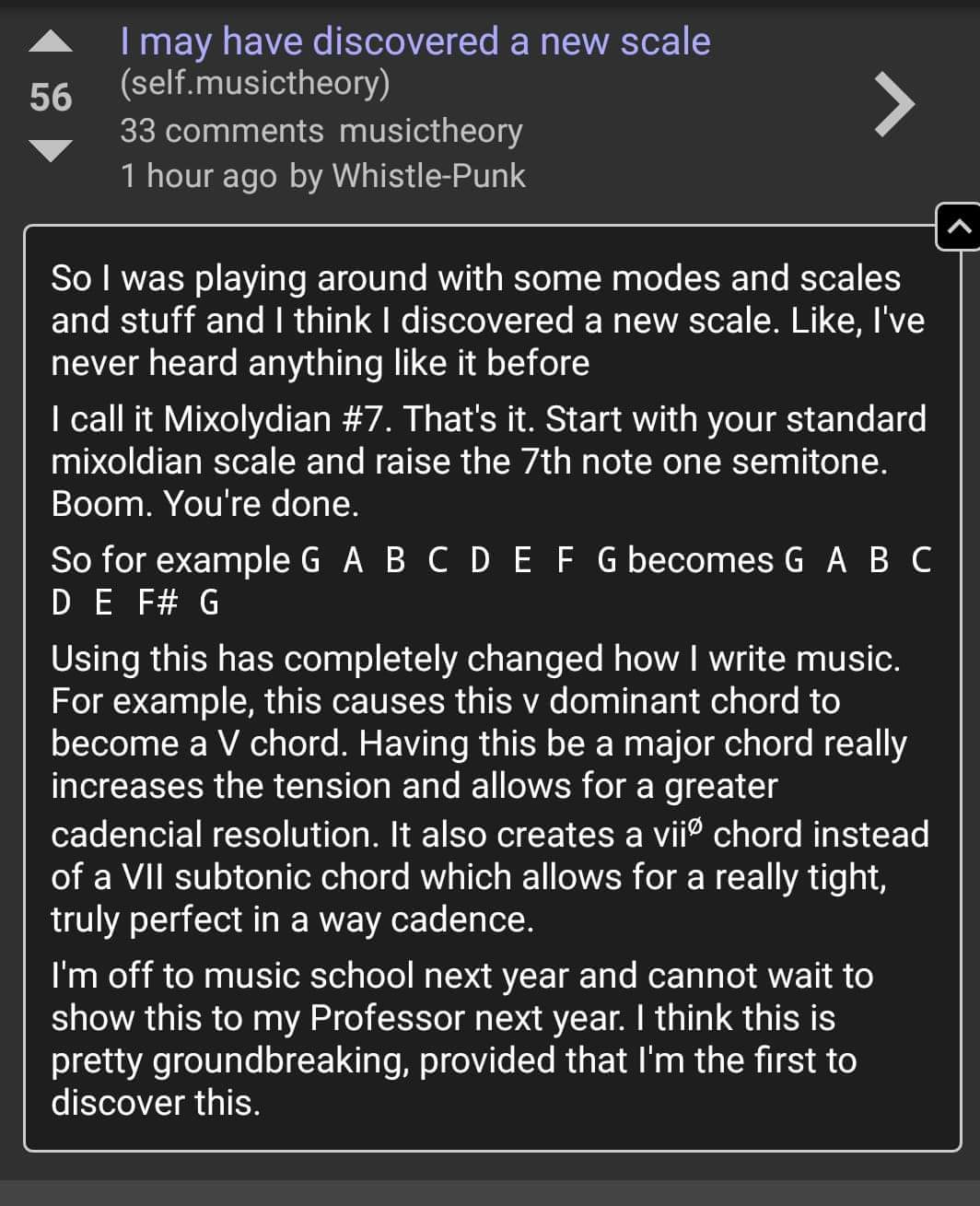 As some users have been observing on social media, this is a *major* discovery for music. Next time you're noodling around with your scales, you know what to do - it's amazing how one tweaked note can change the tonal colour of an entire piece...

GUYS IT'S OK: we know it's a joke. As any theory geek will be able to tell, this clever little joke is nothing more than a standard major scale. But hey, all credit to this Redditor for finding a new angle on something as commonplace as G major.

This piano for sale is apparently not haunted, but seems kinda sus.

No one believed Mozart was only nine years old. Until he started playing with a cat, mid-performance.