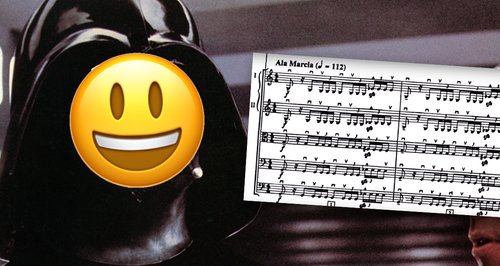 The most formidable and dark John Williams score of them all… but y’know, happy.

What’s the one guaranteed way to make one of the scariest forces in the whole universe a little less scary? Transpose John Williams' terrifying march into a major key, obviously.

So, as the world celebrates Star Wars Day (May the Fourth be with you), that’s what someone has done:

And if you want an in-depth analysis of the motifs of the Star Wars series, look no further >

As the user explains in the YouTube blurb, they have no music theory experience, and just fiddled about with the notes until they sounded happier.

We all feel a lot better about Darth Vader and the threat he presents to the universe now :)