This image appears in the gallery:
Tchaikovsky’s Swan Lake: A beginner's guide 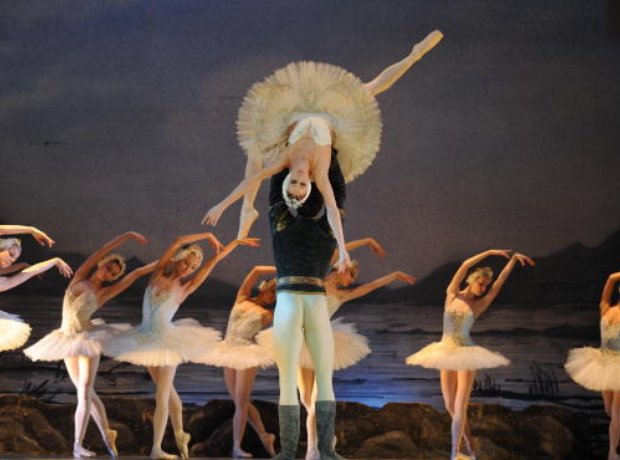 This is the most recognised storyline, but there have been, and continue to be, many variations. The original version, then called The Lake of The Swans and choreographed by Julius Reisinger, was premiered by the Bolshoi Ballet in 1877 and featured a happy ending when Siegfried, after a fight with the sorcerer, rips off Von Rothbart’s wing thereby destroying the spell he cast over the swan maidens and allowing him and Odette to marry. Pictured: Moscow's Classical Ballet Ekatarina Berezina and Ion Kuroshu, 2008.