This image appears in the gallery:
Schubert: 20 facts about the great composer 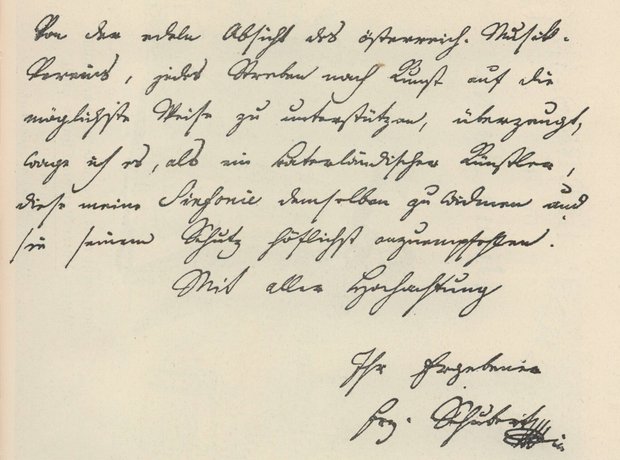 Few Schubert fans would disagree that his ninth symphony deserves the name, the ‘Great’. The title though was given just to distinguish it from another of his symphonies which is also in the key of C (known as the Little C). In a letter of March 1824, pictured, the composer did say he was preparing himself to write 'a grand symphony'.

See the full gallery: Schubert: 20 facts about the great composer