Yes, we all know the tune and we’ve all seen Pavarotti sing it. But why is it so, so good?

First of all, grab a tissue and have a listen: 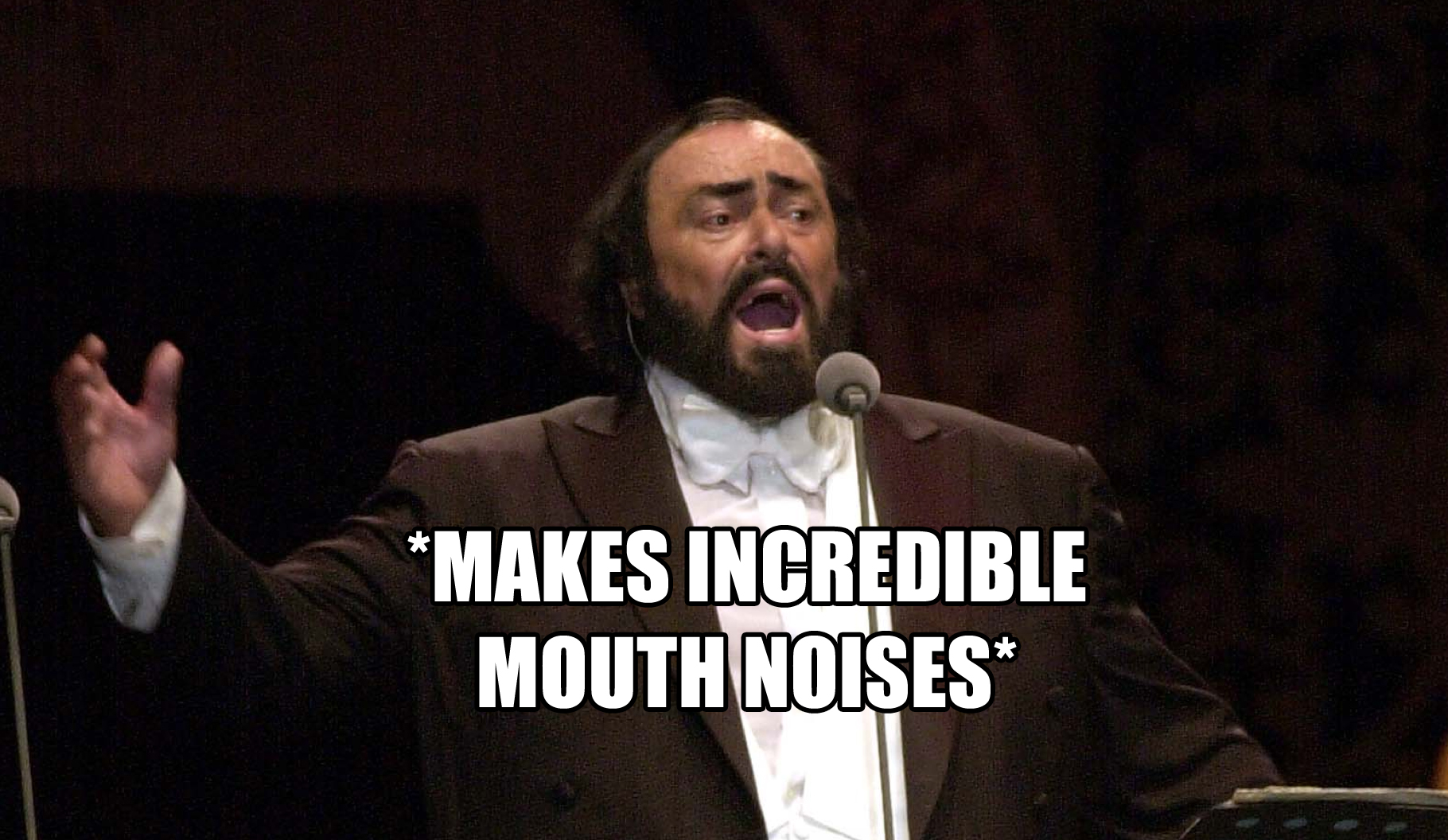 Nice, eh? But how does has one Puccini aria, tucked away in the last act of his opera Turandot, make such a huge impact?

Boy, Puccini could write a great melody. Though it's the notes at the end that stick in the mind, they come after two and a half minutes for stunning lines for the singer. The phrases wash over you in waves. Then as it grows in passion, the tenor line becomes more declamatory with repeated notes as the orchestra swells poignantly underneath with bittersweet harmonic clashes in the counter melody. You sure know how to tug at our heart with your music, Giacomo.

The set-up in the opera is absolutely ridiculous

Picture the scene: our hero, Calaf, is one of three suitors for the delightfully picky Princess Turandot. As a weird sort of challenge, Calaf says that if Turandot can correctly guess his name, she may execute him (?!) but if she can’t, then she must marry him (?!?!?!!)

In a whimsically sociopathic move, the Princess decides that ‘None shall sleep’ (the literal translation of ‘Nessun dorma’) in the entire kingdom until Calaf’s name is discovered. If none of her subjects are able to come up with the correct name, all of them (ALL OF THEM) will be executed. Which is obviously fine and not cause for concern.

The aria begins with Turandot’s proclamation that ‘None shall sleep’, and that’s where the tenor, Calaf, picks it up.

So with that insane set-up in place (who would want to marry this maniac?!), Calaf now quietly hopes that he will win this strange little game, and is both poetic and boastful:

“But my secret is hidden within me;
no one will know my name!
No, no! On your mouth
I will say it when the light shines!”

Then he becomes a proper show-off:

“And my kiss will dissolve
the silence that makes you mine!”

And if you were worrying that this boastfulness was in any way undermining the emotional seriousness, check out what the female chorus of Turandot’s subjects then sing:

Read more: What are the full lyrics to ‘Nessun dorma’? >

The build to that incredible final note

If you’re familiar with score-reading, you’ll notice that the infamous long B natural is, in fact, not long at all. And although holding that note is perhaps the most defining aspect of the whole thing, it was never actually included in Puccini’s original score.

Here’s a great illustration of how different tenors tackle it:

Luciano Pavarotti has perhaps done more than anyone else to popularise this aria, thanks to his performances at the 1990 World Cup and with The Three Tenors.

But many other great tenors have made it their own, with just as much power and passion as the great Italian. Here’s one of the great tenor voices of our time, Jonas Kaufmann, giving it everything.

And do you know what ‘Vincerò’ means? It means ‘I will win’. How’s that for a declamatory ending?