Grand, peaceful and mysterious, this is an orchestral epic to transport you.

Debussy wasn't lucky enough to be able to sit back and enjoy the relaxation of a cruise. In fact most of his feelings for the sea were inspired by literature and paintings. His masterpiece La Mer paints a beautiful image of sea and movement of the elements, all in the composer's rich, nuanced and impressionistic musical language.

The orchestral epic is in three movements – ‘From dawn to midday’, ‘Play of the Waves’ and ‘Dialogue of the wind and the sea’. It is unique in that it simply conveys the sea as a natural entity, rather than depicting any human relationship with it. There are no ships, swimmers, fishermen or lighthouses in this ocean - everything is just on its own, giving a sense of otherworldliness.

Combining unusual orchestration with daring impressionistic harmonies, La Mer has had a profound effect on music ever since, especially film scores. The music speaks of the serenity, grandeur and mystery - and we think perfect for your iPod as you stand on the deck on a Viking Cruise, marveling at the surroundings.

Take a listen and let Debussy transport you: 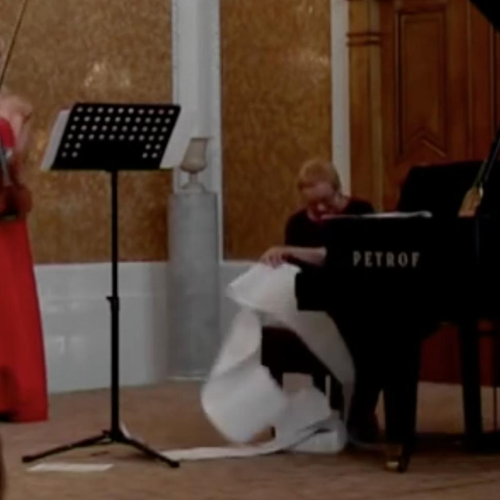 Debussy: 20 facts about the great composer

The most relaxing pieces of classical music