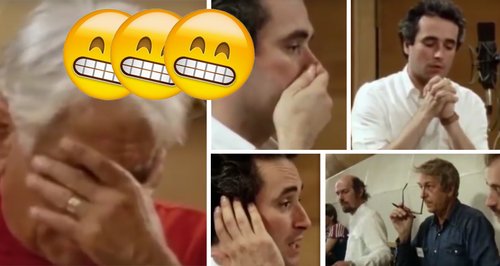 Composer/conductor Leonard Bernstein and tenor José Carreras cross swords during an awfully tense recording session for ‘West Side Story’. It is awkward.

No-one disputes the individual genius of both Bernstein and Carreras, but when they came together to record the album version of Bernstein’s ‘West Side Story’, it’s safe to say neither had an easy time.

In this tense outtake, Bernstein’s ingenious but unnatural rhythms keep pulling the rug out from under Carreras and, rather than explain it simply and calmly, Bernstein flies off the handle a bit.

If you can bear it, give it a watch: