Classic FM Chart: Karl Jenkins enters the chart at No. 1 with Miserere: Songs of Mercy and Redemption 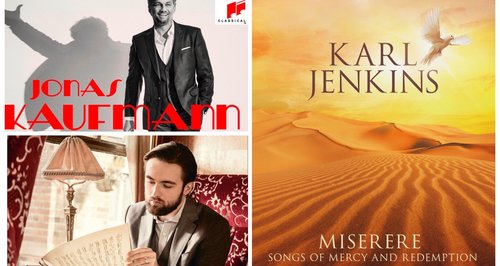 Karl Jenkins enters the chart with his latest release ‘Miserere: Songs of Mercy and Redemption’, which heads straight to No. 1 – beating Jonas Kaufmann's ‘Wien’ to the top spot.

Karl Jenkins’ latest release Miserere: Songs of Mercy and Redemption has entered the Classic FM Chart at No. 1 spot, closely followed by Jonas Kaufmann’s new album Wien at No. 2.

Last week, Jenkins’ album was Classic FM’s Album of the Week, while Wien was our Drive Discovery.

There’s only one other new addition to the chart this week, with Daniil Trifonov’s Destination Rachmainov: Arrival entering at No. 12 – just behind Víkingur Ólafsson's Johann Sebastian Bach which makes a re-entry at No. 11. Ólafsson was announced as Artist of the Year at the Gramophone Awards 2019 on Wednesday (16 October).