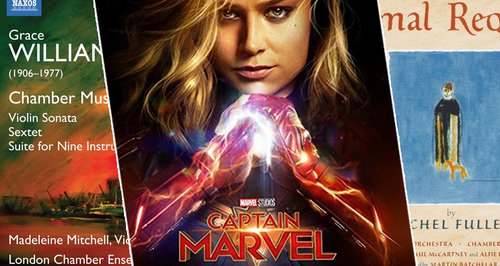 The chart gets a refreshing shake-up this week as three new albums by female composers earn their place in the top 10. Andrea Bocelli still sits at No. 1 with his album Sì, but not far behind is Pinar Toprak's newly released soundtrack to the latest Marvel film, Captain Marvel, at No. 4. Toprak has now set the record for the top-grossing film scored by a woman, as the film made an astonishing $153 million in its opening weekend alone.

Entering at No. 7 and 8 respectively are two other new releases, Animal Requiem by Rachel Fuller (released in January 2019) and Grace Williams: Chamber Music recorded by violinist Madeleine Mitchell and the London Chamber Ensemble.

Two other albums re-enter the chart, Piano Magic at No. 27 and Romance at No. 29, both by pianist Lang Lang. This presumably anticipates his new album Piano Book that will be released at the end of March.