A wild Renaissance painting shows music written on a pair of buttocks. And someone’s recorded it. 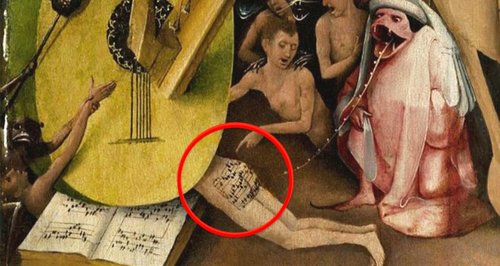 Hieronymus Bosch is famous for his intricate and macabre visions of hell. But have you ever noticed this bizarre ditty painted on a poor sinner’s naked behind in his most famous painting?

Dutch painter Hieronymus Bosch’s Garden of Earthly Delights (c. 1490-1510) is a three-part painting showing the Garden of Eden on the left and a vision of hell on the right.

The central panel is something sort of in between – with some frankly crackers animals added for good measure. 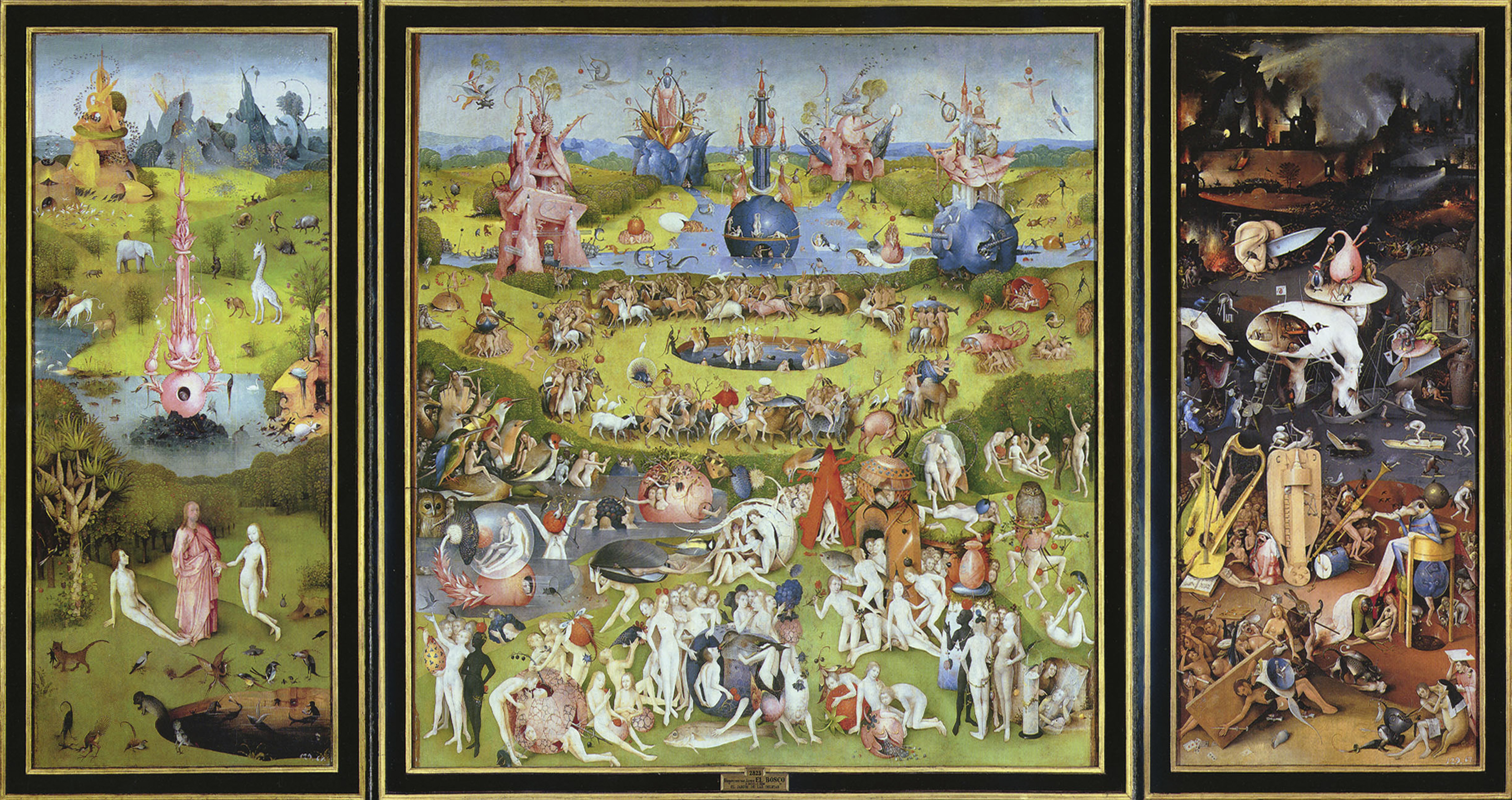 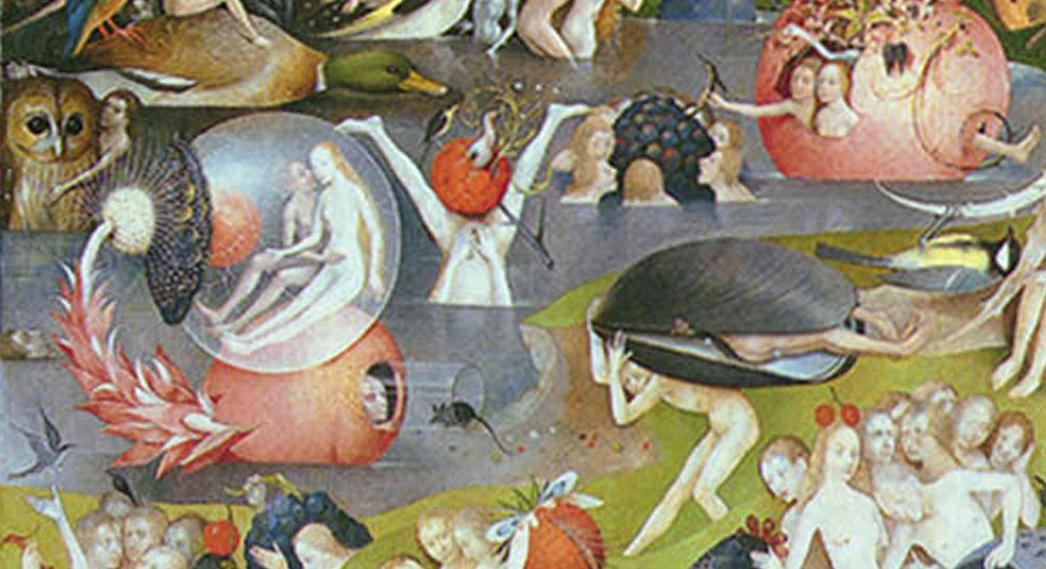 ANYWAY, we’re not here for the giant owls or even the couple having a great time in a mussel shell.

Read more: The ‘Shame Flute’ was used to punish bad musicians in the Middle Ages >

In the vision of hell, there’s a special place reserved for musical instruments (THANKS BOSCH) including a harp, a lute and some sort of woodwind instrument.

There’s also a book of sheet music and a demon whose role, it seems, is to imprint music on sinner’s naked bums with his weird note-shaped tongue.

That’s the best I can do by way of explanation. Here’s a close up: 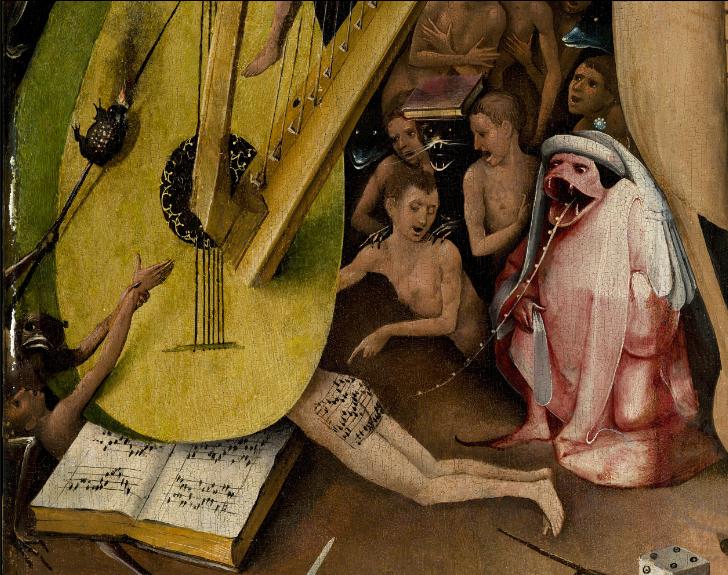 A music student called Amelia transcribed the music using modern notation and posted it on Tumblr and now you can hear the piece of music written on a sinner’s naked bum for yourself.

Here’s the music in modern notation

And finally, the audio of Hieronymus Bosch’s butt song

Here is how is the 600-year-old butt music from hell sounds.

Truly, these are wondrous times we live in.