The toast of the jazz era

This image appears in the gallery:
Ravel: 15 facts about the great composer 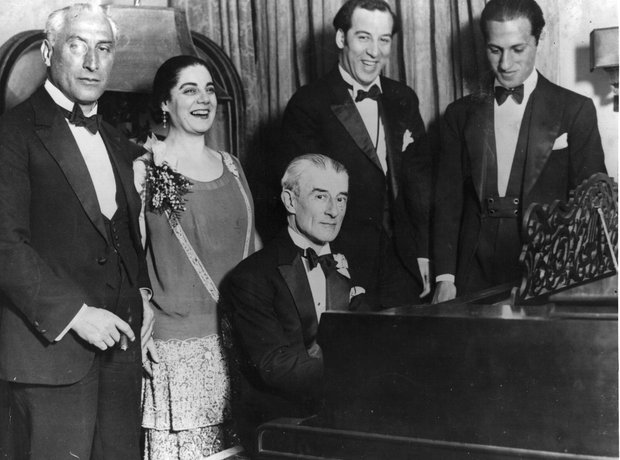 In 1928, Ravel made a very lucrative, four-month long, 25-city concert tour of the U.SA. He went with Gershwin to hear jazz in Harlem and also visited New Orleans. His admiration of jazz caused him to include some jazz elements in a few of his later compositions, especially the two piano concertos. The picture shows a birthday party honoring Ravel, held in New York City, 8 March 1928. From left: Oscar Fried, conductor; Eva Gauthier, singer; Ravel at piano; Manoah Leide-Tedesco, composer-conductor; and George Gershwin.

See the full gallery: Ravel: 15 facts about the great composer

Bernstein's 'The Masque' is now a majestic piano and percussion multitrack

These are the 29 stages of listening to Ravel’s Boléro

This is absolutely how you should conduct Ravel’s Bolero