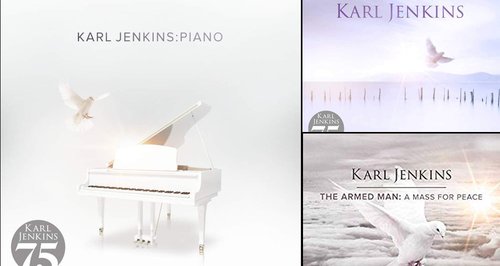 Although Einaudi still dominates, in his 75th birthday week, Sir Karl Jenkins becomes the second most popular composer in the chart.

The chart remains relatively unchanged this week. Andrea Bocelli still reigns at No.1, followed by André Rieu's album Romantic Moments II. Einaudi's album Islands has jumped back up from No. 5 to No. 3, bypassing Katherine Jenkins, and Aled Jones and Russell Watson's duet album In Harmony.

In his 75th birthday week, Sir Karl Jenkins has had a successful week in the charts. His newly released album Piano moves up to No. 6, and two of his other albums, The Very Best of and The Armed Man: A Mass for Peace re-enter at No. 28 and 29 respectively.

There is only one new entry in the chart this week, and it comes from the film composer Gavin Greenaway. The piano album Woven is described by the composer as his “love letter to the vinyl LP.”