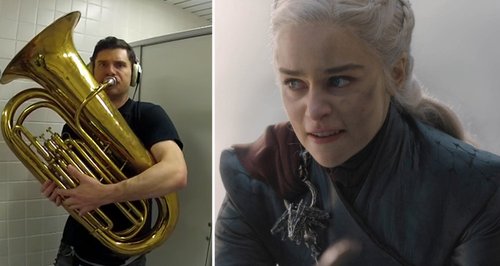 As Game of Thrones comes to a dramatic end, we've put together a list of the best, weirdest and most inventive cover versions of Ramin Djawadi's splendidly epic theme tune for the HBO series. Enjoy!

1. A folk-inspired version – on bandura and accordion

The amazing team behind the B&B Project have put their unique spin on the iconic theme tune.

Pianist Edoardo Brotto was inspired by the phenomenon that is Game of Thrones to create a pianistic fantasy on the theme tune.

Full marks to the Melodica Men for their fancy dress, and a pretty engaging rendition of the TV show's theme tune on their melodicas. Their special floofer friend hasn't swayed our love for the video at all...

Who said dragons don't exist? Violinists Thomas Mathias and Stuart Bramwell, known as 8Strings, have arranged a Game of Thrones cover with a virtuosic flair. Not only do they whizz around the violin like it's no big deal, but they're standing on a cliff edge in suits, playing amongst lightning bolts and dragons. Pretty cool if you ask us.

6. Changing of the Guard version

Tourists got more than they bargained for when the fuzzy-hatted Queen's Guards took on the GoT theme tune during the changing of the guards. And, to be fair to them, they absolutely nailed it.

Intense name and basement setting aside, this is pretty stirring stuff from Break of Reality – just three cellos and an enthusiastically goatee'd drummer required to give the epic GoT theme a brand new spin.

Beautifully shot, sedately paced and featuring weird yellow ribbons, the people behind this version clearly took their inspiration from the epic outdoor settings of Game of Thrones. Hope they asked the park ranger first, though.

Jason Yang is a talented man with time on his hands. The results of this perfect combination is a multi-screen, multi-track extravaganza.

Aston, a bunch well-frocked young Aussies with music degrees coming out of their f-holes, decide to eschew tradition and went all-out with this outdoor version. Expert flappy drum work too.

Despite the obvious fire hazards involved with so many candles on display, Taylor Davis does a splendid job of turning the usually-buoyant GoT theme into a yearning and emotional little number. Then she starts a proper fire, puts some chain mail on and it all goes a bit Wicker Man.

Two geeky chaps  who call themselves Bad Bows (really) have taken the unusual step of loosening one of their bows to create a drone sound to accompany their rather accomplished interpretation of the GoT main theme. And they stand around outside castles and gift shops. Which isn't weird at all.

This ridiculous man took it upon himself to commandeer a public toilet and play five different brass instruments in five different cubicles. The result is musically a bit mixed, but you have to admire his endeavour. 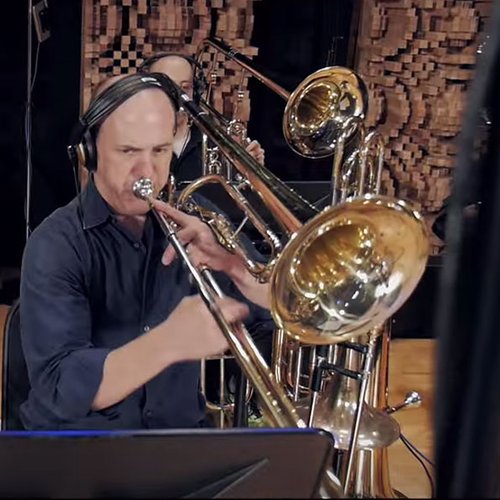