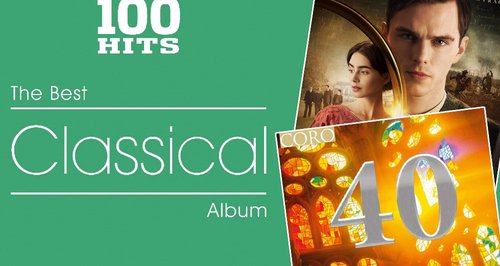 A new album of classical favourites, 100 Hits – The Best Classical Album, has nudged Jess Gillam from the No. 1 spot in this week's chart.

Saxophonist Jess Gillam only enjoyed one week at No. 1 on the Classic FM Chart, as a new entry, 100 Hits – The Best Classical Album, has entered at No. 1. Einaudi's long-time favourite album Islands has jumped back up to No. 2, while Katherine Jenkins moves up two places to No. 3 with her album Guiding Light.

Three other new entries make it on to the chart: The Sixteen's anniversary album 40 – The Anniversary Collection at No. 10, Titan – a recording of Mahler's work conducted by François-Xavier Roth at No. 17, and the soundtrack to the critically acclaimed film Tolkien by Thomas Newman at No. 30.