Classic FM Chart: Joker soundtrack enjoys another week at No. 3, and Alfie Boe re-enters the chart 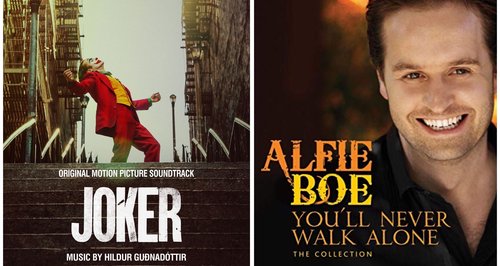 The soundtrack for ‘Joker’ holds fast at No. 3 this week, while Alfie Boe re-enters the chart with his album ‘You'll Never Walk Alone - The Collection’.

The movie soundtrack to Joker, written by Emmy-winning Icelandic composer Hildur Guðnadóttir, remains at No. 3 for another week – as the film continues to dominate the box office.

Further down the chart at No. 26, Alfie Boe re-enters with his album You'll Never Walk Alone – The Collection, sitting just behind Víkingur Ólafsson's J.S. Bach Works & Reworks, which enters the chart at No. 25.

This week also sees five new entries to the chart, including Six Lethargies by Keaton Henson and The Choir Of St. John's College's new album Magnificat, among others.