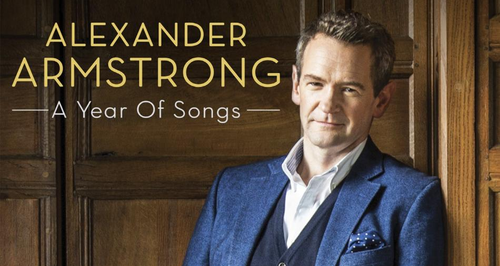 No change at the top of the Classic FM Chart this week - with Alexander Armstrong holding on to the top spot once more.

Alexander Armstrong shows no signs of budging from no.1 in the Classic FM Chart, a position his album, A Year of Songs, has enjoyed since November 2015. Below the Classic FM presenter and comedian, Andrea Bocelli, Andre Rieu and the soundtrack for Star Wars: The Force Awakens hold on to their respective positions from last week.

The highest new entry is another movie soundtrack, The Revenant, by Alva Noto and Ryuichi Sakamoto.