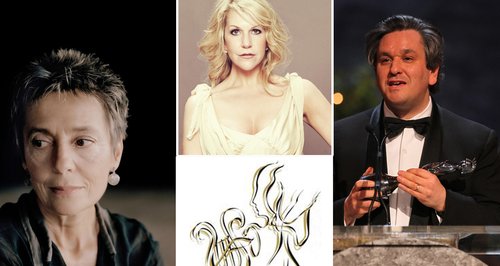 Rachel Podger and Andris Nelsons also take awards this year, while Christa Ludwig was honoured with a Lifetime Achievement Award

Pianist Igor Levit won the top award at this year's Gramophone Awards when his recital recording of variations by Bach Beethoven and Rzewski was named Recording of the Year 2016.

Conductor Antonio Pappano had led the way in the nominations with five recordings shortlisted – he wins the Opera category for his recent recording of Verdi’s Aida. Elsewhere, Vilde Frang wins the Concerto Award.

Win a signed copy of the Gramophone Recording of the year! >

The 2016 Lifetime Achievement Award went to mezzo-soprano Christa Ludwig for her career that spanned over 45 years. The Young Artist of the Year Award went to baritone Benjamin Appl, who performed Schubert's song 'Erlkönig' at the ceremony.

The Orchestral category was won by the Boston Symphony Orchestra and Andris Nelsons with their recording of Shostakovich’s Symphony No.10.

The Concerto award – supported by Classic FM – was won by violinist Vilde Frang for her performances of Britten and Korngold Violin Concertos.

Warner Classics was named Label of the Year.

Abrahamsen: let me tell you