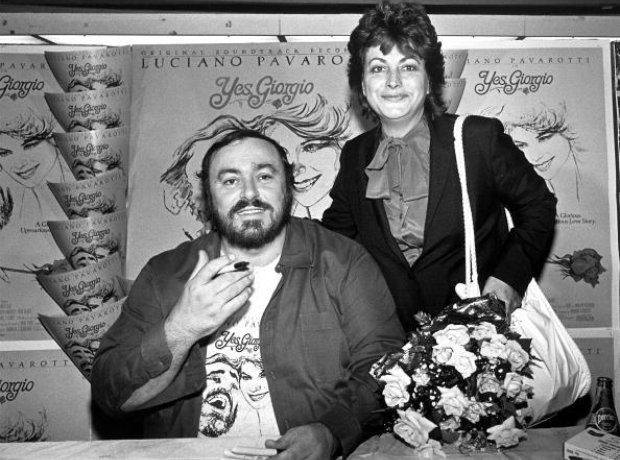 1982 saw Pavarotti star in his one and only feature film, the romantic comedy Yes, Giorgio. The film was roundly panned by critics and flopped at the box office. Pavarotti is pictured here with his first wife Adua at a publicity event for the film's release. Click below to see a clip from Pavarotti's powerhouse acting debut.