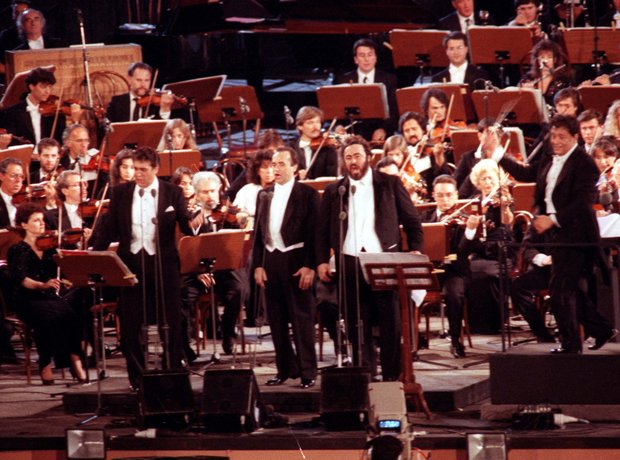 In 1990 Pavarotti began a long love affair with the football World Cup. Not only was a recording of his version of Nessun Dorma used as the theme for the coverage, but he also began to perform alongside Jose Carreras and Placido Domingo as The Three Tenors. Click below to watch Pavarotti sing 'Nessun Dorma' at the 1990 World Cup.