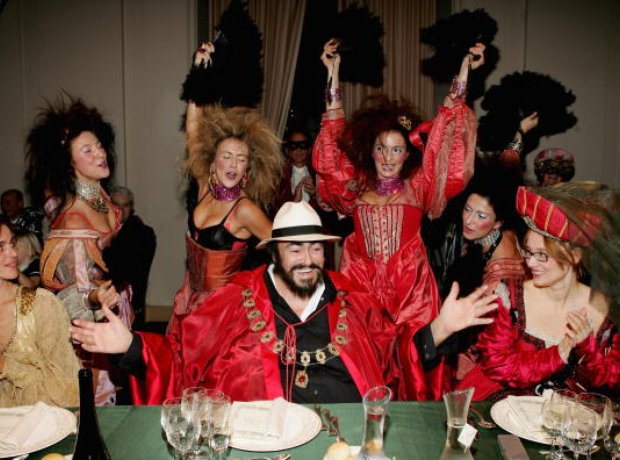 Pavarotti began a 40-city farewell tour in 2004 at the age of 69 performing one last time in old and new locations, after more than four decades on the stage. The tour culminated in Pavarotti's 70th birthday party which looks like it was a boisterous affair, not uncharacteristically for the flamboyant tenor.