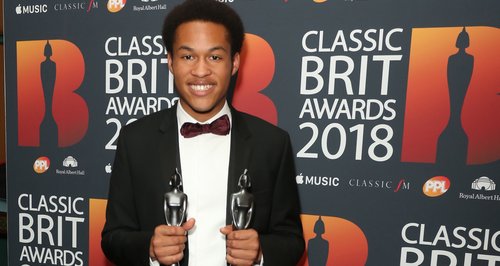 The Royal wedding cellist once again remains unbeatable in the Classic FM Chart, as his debut album ‘Inspiration’ takes the No. 1 spot for the seventh week in a row.

The chart sees little movement in the top four, with Margaret Keys, John Williams and the LSO and Ludovico Einaudi all holding steady.

As Incredibles 2 hits cinemas around the world, its soundtrack, by Michael Giacchino, has entered the chart at No.7. This is Giacchino’s only score in the chart, as Jurassic World: Fallen Kingdom has now fallen out of the top 30.

There are five other new entries this week, including the music to Doctor Atomic, a contemporary opera by John Adams, Handel’s finest arias for bass sung by Christopher Purves and a new recording of Debussy’s Prélude du 2ème livre by Alexander Melnikov and Olga Pashchenko.