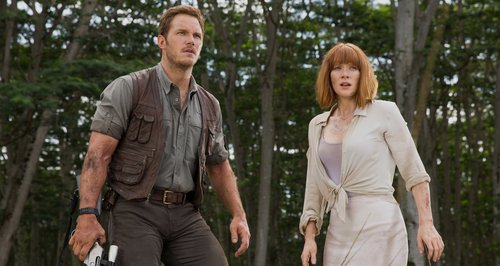 After landing at No. 3 last week, Michael Giacchino’s soundtrack to Jurassic World – Fallen Kingdom has fallen a huge 23 places in the Classic FM Chart.

For the sixth consecutive week, Royal wedding cellist Sheku Kanneh-Mason holds onto the No. 1 spot with his hugely successful debut album Inspiration, closely followed by soprano Margaret Keys' new album The Gift of Music at No. 2.

An abundance of new entries have made their way into the Classic FM Chart, including Alexander Chapman Campbell's Journey to Nidaros and Portraits of Earth (a reentry), Thomas Dunford's Music for Lute and Joshua Bell's recording of Bruch's Scottish Fantasy.

However, film music has struggled this week: as well as Jurassic World's fall to No. 26, Alan Silvestri's soundtrack to Avengers: Infinity War has fallen from No. 11 to No. 24, while Solo: A Star Wars Story has dropped from No. 6 to No. 11.