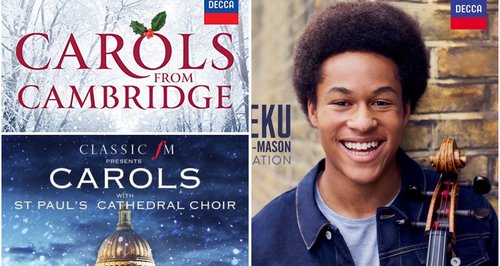 As the festivities get into full swing, Christmas albums begin to take over the chart. Plus, Sheku Kanneh-Mason re-enters the top 30.

The festivities continue in the chart for a second week as the majority of the spots are filled with festive albums, including three re-entries from Libera, St Paul's Cathedral Choir and The King's College Choir.

Further down the chart, Sheku Kanneh-Mason re-enters at No. 29 with his album Inspiration. Earlier this week, Sheku took to the stage alongside his six siblings for the Royal Variety Performance 2019.

Read more: Sheku Kanneh-Mason’s family: everything you need to know about the Kanneh-Masons >

The coveted top three spots are, however, still tightly in the grasps of Classic FM Presenter Aled Jones and Russell Watson, Andrea Bocelli and André Rieu.