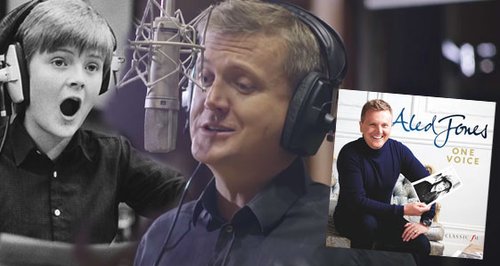 Classic FM presenters have taken the top three positions in the list of best-selling classical albums of 2016, with Aled Jones at 1 and 2 and Alexander Armstrong at no.3.

Aled Jones took the no.1 spot with his innovative album, One Voice, in which he duetted with his younger self on a series of popular folk songs. The no.2 chart spot was occupied by a seasonal take on the idea, One Voice at Christmas.

Elsewhere in the chart, John Williams's soundtrack for the new Star Wars film, The Force Awakens, came in at no.4 and Classic FM's Album of the Year, Lost Songs of St Kilda, charted at 21.