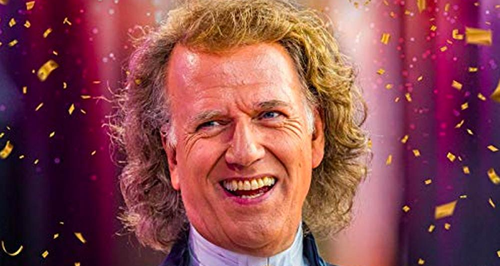 The coveted Christmas number one is crowned this week - and it's André Rieu's 'Happy Days'.

After a year packed with fantastic classical releases, the sought after top spot of Christmas number one has been crowned – and it's Happy Days by André Rieu which takes the top spot.

Closely behind are Classic FM presenter Aled Jones and Russell Watson with their album Back in Harmony, which sits at No. 2, followed closely by Andrea Bocelli's Si Forever, which takes the No. 3 position.

The four artists have held a tight grasp over the top three spots in the chart for the past few weeks – fighting off competition from John Williams, the Choir of King’s College and Einaudi.

There are only two new entries in the chart this week, including John Williams' soundtrack to the recently released Star Wars: The Rise of Skywalker, and Christmas by the Gesualdo Six.