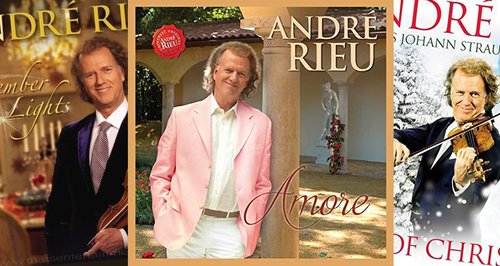 Christmas has come early for André Rieu, whose latest album Amore has entered the Classic FM Chart at no. 1, stealing the top spot from One Voice: Believe by Aled Jones, and close behind at no. 2 is the new release from Alexander Armstrong, titled In A Winter Light. Rieu doesn't only feature at no. 1 this week, with December Lights and Best of Christmas sitting at no. 4 and no. 5 respectively, plus another new entry - The Collection - at no. 8.

Outside the top ten, there are a further two new entries, bringing this week's total to five. First up is Joyce DiDonato performing Berlioz's Les Troyens at no. 13, followed by last week's Drive Discovery, War Horse, at no. 15. This week's highest climbers are suitably festive for the first weekend of December, Home Alone is up eleven places from no. 29 to no. 18, and Kings College Choir: Essential Carols is up ten places. The biggest fallers this week are Dolce Duello and The Ayoub Sisters, both down seventeen places.