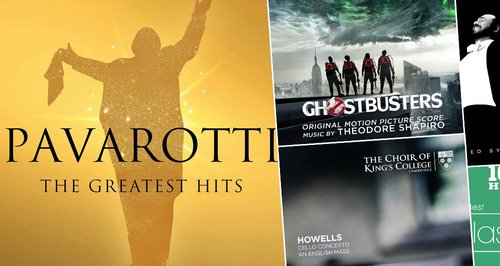 There's a new No. 1 in this week's Classic FM Chart, a compilation album by various artists called 100 Hits – The Best Classical Album. Andrea Bocelli's latest album Sì has jumped back up to No. 2 this week, and Einaudi's album Islands is at No. 3.

Many new film soundtracks are currently on the chart. Avengers – Endgame has fallen from No. 1 to No. 4 this week, followed by the Ghostbusters original score at No. 5, X-Men – Dark Phoenix at No. 7 and Godzilla – King of the Monsters at No. 10.

Pavarotti re-enters the chart with two albums, coinciding with the release of his film biopic, Pavarotti, directed by Ron Howard.