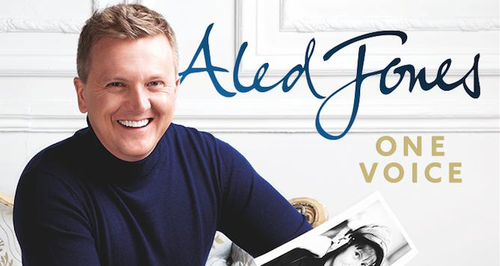 On last week's Classic FM Chart, Hans Zimmer's music for Batman V. Superman zoomed straight into the No.1 spot. This week, in a miraculous display of superhuman strength, Classic FM's very own Aled Jones toppled the comic book heroes to have his biggest chart success since Walking in the Air made the Top Ten in 1985. Aled's One Voice album features him duetting with his choirboy self at 15 years old – and very beautiful it is too.

Elsewhere two of Classic FM's Albums of the Week make it into our new chart. Stephen Hough's stunning recording of the Dvorak and Schumann piano concertos enters at No.4 and this week's featured album from Norwegian choral master Ola Gjeilo enters at No. 7.