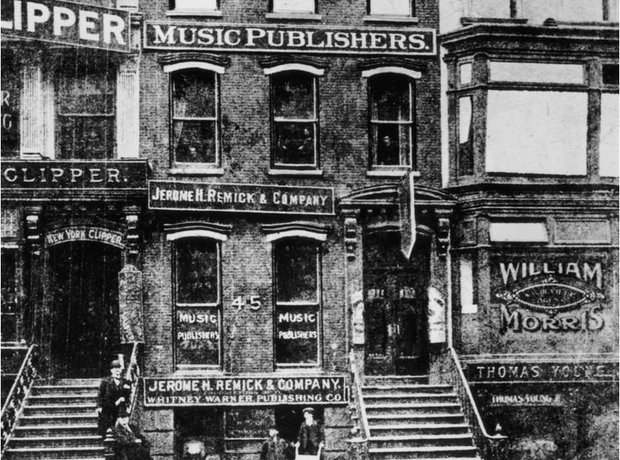 Gershwin began his career as a song plugger in New York’s Tin Pan Alley. To earn extra, he also worked as a rehearsal pianist for Broadway singers. In 1916, he composed his first published song, ‘When You Want ’Em You Can’t Get ’Em.’ His first big hit was 'Swanee', composed in 10 minutes on a bus. Not long afterwards, the singer Al Jolson heard it and recorded it. ‘Swanee’ sold a million sheet music copies, and an estimated two million records. It became the biggest-selling song of Gershwin’s career.