Everything You Ever Wanted to Know about Classical Music, Sunday 21 February 2016, 9pm 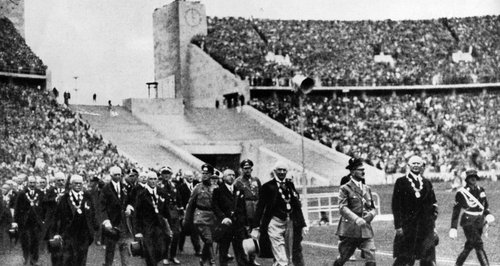 Catherine Bott explores how music has been used for propaganda.

This week Catherine Bott explores how music has been used for propaganda over the centuries, and finds out some fascinating things.

For example, no opening bars of a work are more familiar than Beethoven’s Fifth – so how did it become a symbol of resistance during World War II?

What was Hitler's “official entrance music”, and what connects the Nazi party with aftershave?

Which Verdi chorus became a rallying-cry for Italians?

Which Shostakovich piece was criticised as part of "ideology harmful to the proletariat" and how did the composer respond?

And what is the real story behind Yankee Doodle?

Catherine will reveal all.